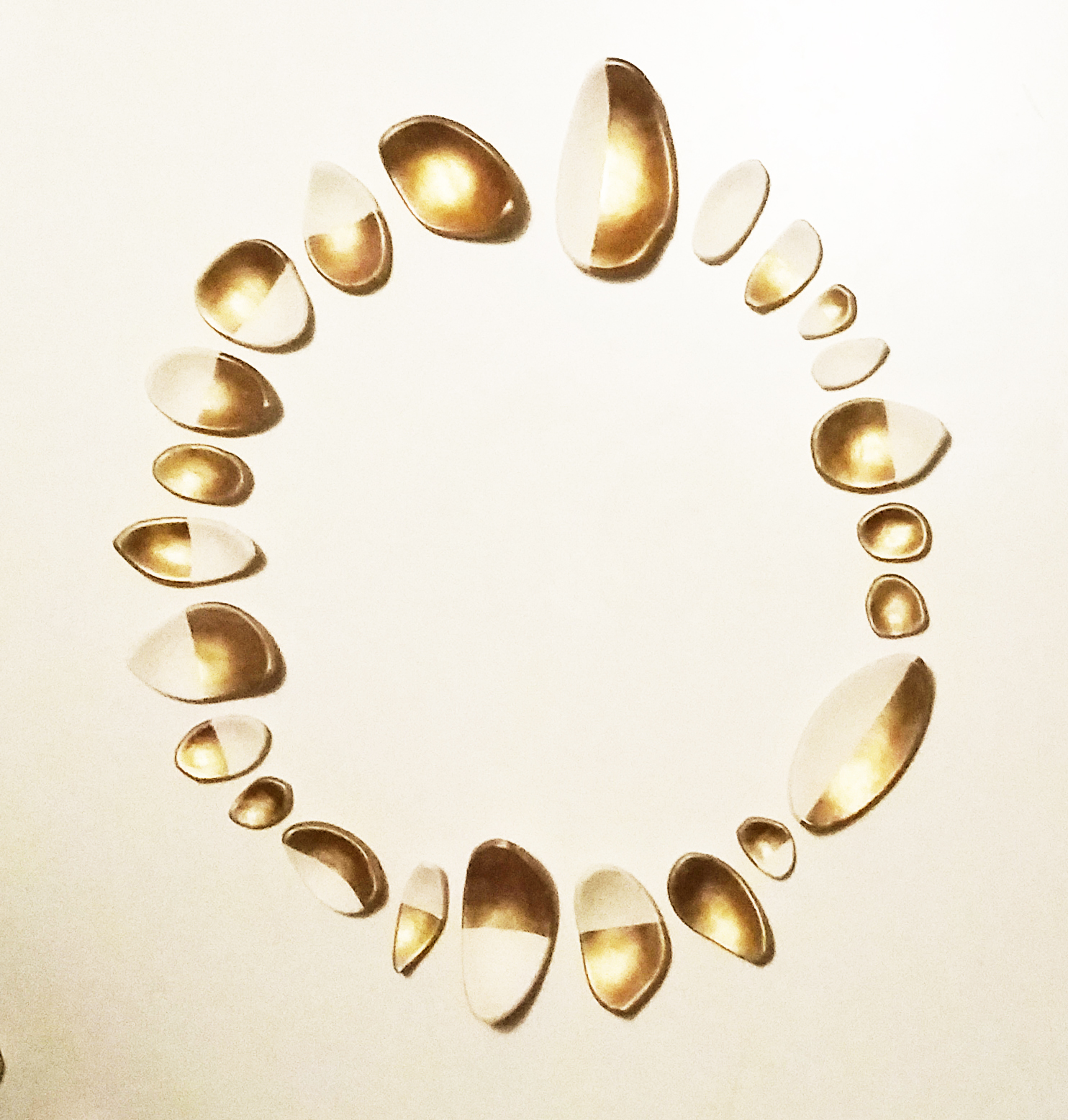 In July of 2016, I was invited to exhibit a wall assembly at the Industrial Show put on by the Gresham Arts Committee.  I had been experimenting with ceramic shapes, and these became an assembly when I arranged my favorite little dishes into a circle in the vertical plane.  I counted twenty-four organic oval shapes only after assembling them on a table.  This seemed appropriately mystical, as there are that many hours in one rotation of the earth.  So this piece is kind of a clock in more than just appearance, although that’s not what I intended.

I needed to know which ones worked in the assembly.  So I laid them all out and arranged each piece to fit the im 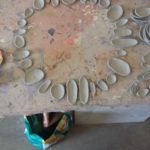 age I had in my head.  I had made a lot of them at all different sizes, so luckily I had enough to trade out the ones that didn’t work.  They either were slightly too large or small or angled the wrong way for my composition.  The wall assembly took about a month to design and construct by hand in my Portland, Oregon, studio.  I laid out the pieces when they were just greenware.  But ultimately the final assembly had to happen when the pieces were fired and hand-painted with metallic gold glaze.

The piece catches all light sources in its concave forms, adding a luxurious feeling to a wall.  At the Industrial Show, the space I hung had nice wall lighting, which really set off the paint.  I hand-paint all of my little dishes in a modern pattern that make them both retro and contemporary.

To order, visit the shop or go HERE. 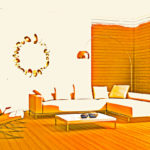 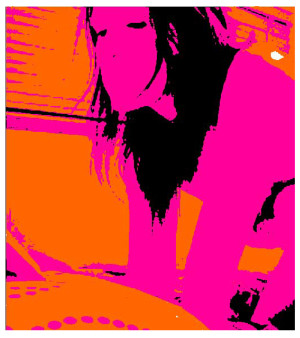 Wall Posters Are for Adult Rooms Only

s week burst saturated color into the dim venue lighting.  Patrons can take their time reading the lines and spaces between bodies, while unwinding with an after work beverage.  In some cases it’s obvious, in others you have to think about it and look back a few times.

The bodies in question are trying to read a book, well one of them is at least.  It’s a funny attempt that fails, but not before the images are cast in vibrant pinks and oranges, blues, purples, and greens.

A Romantic Journey Through Lands of Skin

The story gets told when the book is discarded.  This story is personal, the first time I have traveled through such landscapes.  But the lands aren’t made of earth and water, but of skin and romance.  This wall posters series tells the humorous story of trying to read in bed with someone else.  I thought it would be funny conceptually as well as logistically.

What truly inspired me to make this new series of artwork was the beauty of the spaces between human beings, between their bodies, hearts, and minds.

I wanted to represent these sacred spaces visually, to express their rich fullness and graceful proportion.  It took concerted effort to watch for the right moments and to capture them.  Then I obscured the graphics, like looking through a fuzzy lens or wearing glasses in a humid room.  The result is organic proportions and lines naturally pleasing to look at while having a cocktail in the light of early evening.

Not for kids rooms, these wall posters are a sultry addition to mature spaces that need spice.

See the series of wall posters for adults entitled “Reading In Bed” on exhibit through June 2016 at Bar Maven on Foster in Portland.  To purchase, visit the shop HERE. 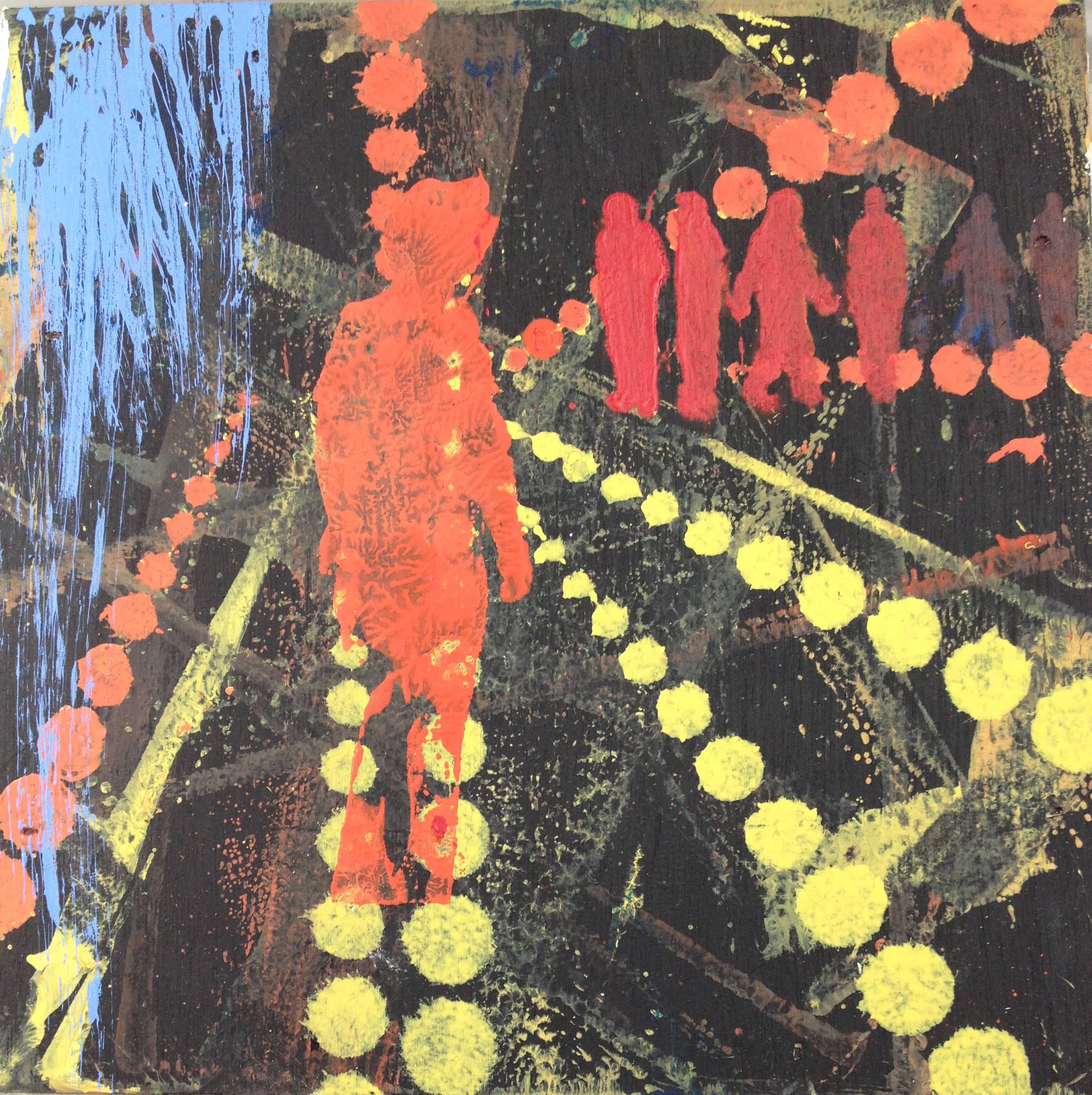 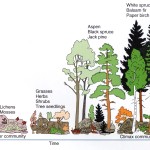 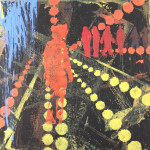 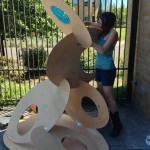 This big wood sculpture was the first thoroughly conceived large-scale sculpture I created.  I conceived, designed, modeled, and constructed it with my own hands.  It was one of the most satisfying experiences and gave me the confidence to know that I can make anything I can envision.

My current work is for the Master of Fine Art in Applied Craft + Design offered jointly through Oregon College of Art and Craft and Pacific Northwest College of Art.

I’m using my practicum (thesis) project as an opportunity to go deeply into bridge building.  The gap my net-like sculptures span stretches between my intuitive generation of sacred geometry and the precise application of sacred higher harmonic scales to design and making.

As a result of this artistic engagement with the spiritual science of BioGeometry, that distinction is narrowing, as if the Earth* herself were rearranging her body to adapt to the changes humanity is allowing on her surface. 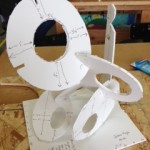 be.  I got a tinny, vibrating hollowness in my hands from too much power sanding.  I had to start taking breaks.

The angles were the most difficult to get though, as I had to somehow reach into tight angles to screw in the bolts.

If I had to do this piece over again, I would paint it before adding hardware to reduce the marks when disassembled and put in the effort to find it a home.  I will never disassemble a piece again, at least I hope to not have to.  It is a heartbreaking experience.

Anyway this sculpture was a blast and looked great.  I thought I’d share it here with you.  Here it is installed. 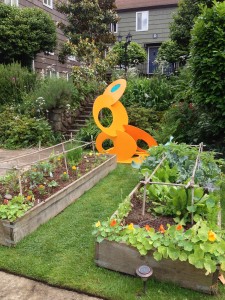 *Note:  in most instances of this word, I choose to capitalize it against the rules of the English language, because I feel She is simply worthy of far greater importance and prestige than any human office.  The same goes for Universe.  🙂